Ava started dancing at the age of 3 and began to pursue classical ballet training at the age of 6. She trained in a variety of ballet syllabi with a heavy focus on the Vaganova style. At the age of 14 she expanded her dance training to include Jazz, Acro, Lyrical, and Modern and Hip-hop.  At this time, she became a member of the Glass House Dance Company in Sammamish, Washington. As a member of this competition team, she performed solos, duets, and group routines at competitions and conventions around the greater Seattle area. At the age of 15, Ava became a student teacher at her home studio in hopes of inspiring and encouraging the next generation of dancers. She has since refined her teaching pedagogies and choreographic styles. She will be attending the Honors College at NAU in the fall, pursuing a degree in Political Science. She is excited to pass on her love of dance to the students at ATD! 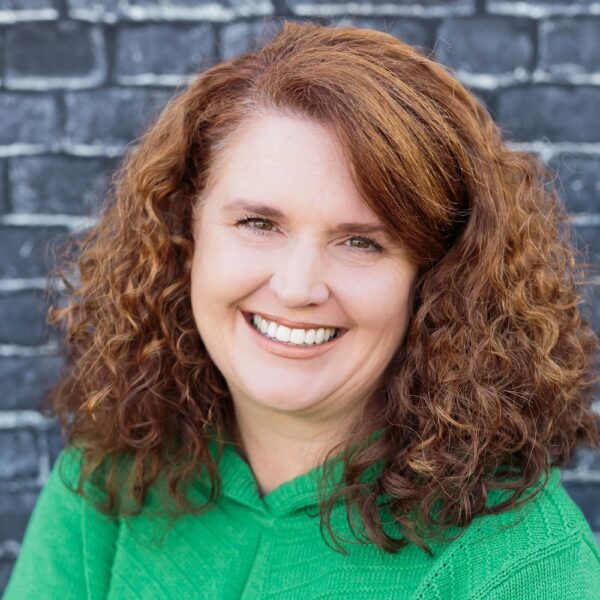 Lisa began dancing at the age of 5. She studied tap, ballet, jazz, hip hop, and lyrical in San Jose, California.  She fed her passion for dance as a competative dancer, traveling throughout the West Coast attending dance conventions. She holds a B.A. in Theatre and Dance from Santa Clara University and has completed the course of study to become a Certified Teacher with Dance Masters of America. Her over 30 years of teaching experience have taken her across the U.S. and Europe , where she has shared her passion for tap dance at conventions and Master Classes.

When not teaching in a studio environment, you can find her doing choreography for musical theatre companies where she has over 50 shows to list in her credits in both Professional and Community Theatre groups in the San Francisco Bay Area. She has just relocated to Flagstaff with her family and is looking forwarding to sharing her love for tap dance with the ATD students! 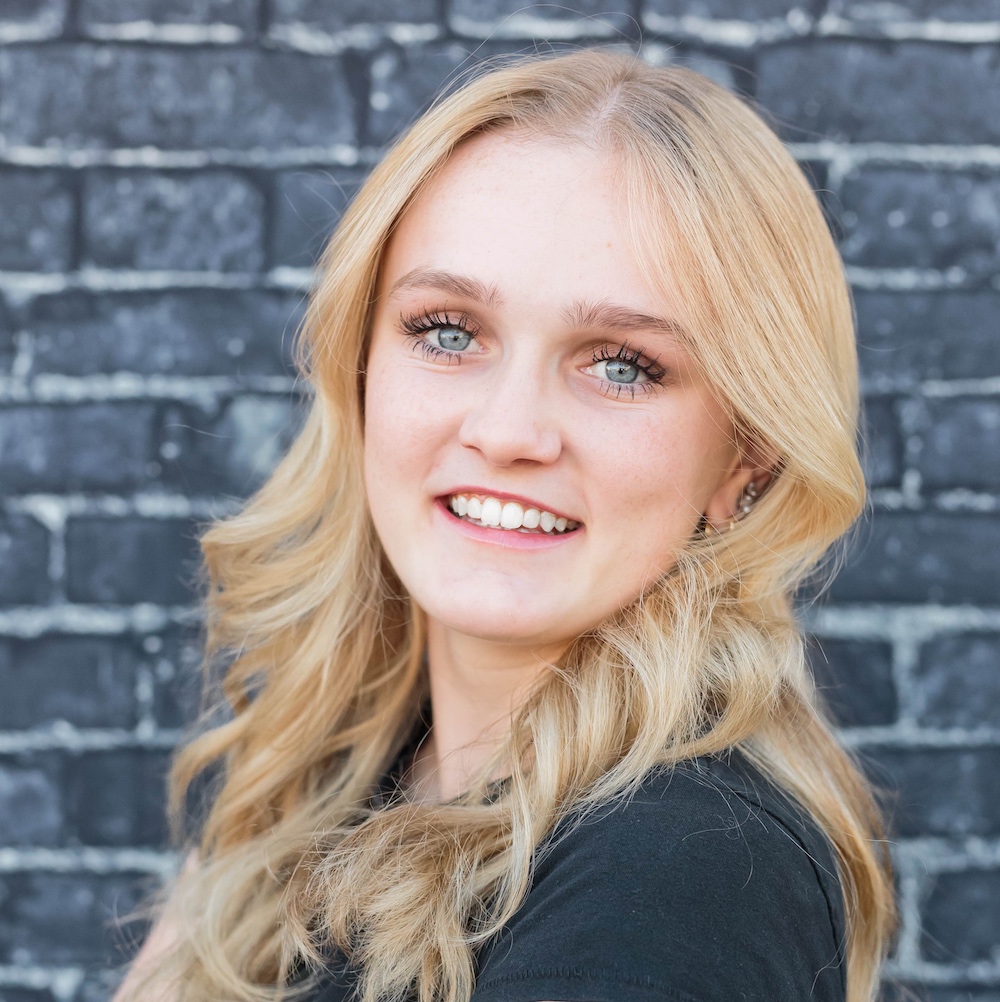 Lauren is from Gilbert, Az and has been dancing at the same studio since the age of 5. She graduated from Perry High School and is trained in Ballet, Jazz, Lyrical, Contemporary, Hip Hop and more.

Lauren has competed at several competitions throughout the east valley, scoring top and overall, she danced with the Elektrolytes Dance Crew, danced with Perry High School’s Moveo Dance Company and auditioned for America’s Got Talent, making the callbacks.

Lauren is currently a student at Coconino Community College and will be an upcoming teacher at All That Dance. She enjoys dance and wants to be an influence and roll model to all of the dancers at the studio. 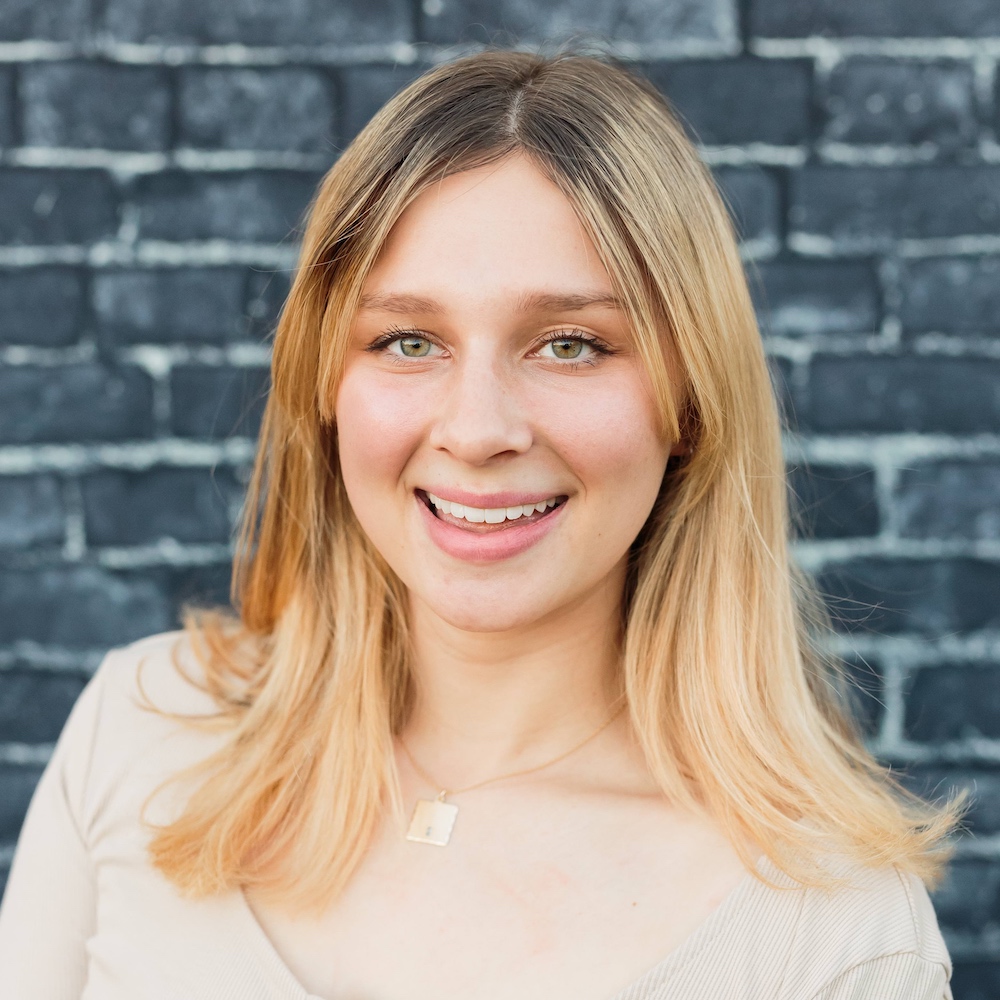 Macie was born in California, but has grown up in Tucson, Az since she was three. She has been dancing for 10 years and is trained in ballet, tap, jazz, modern, contemporary, and musical theatre. For three years she was the choreographer for a musical theatre camp in Munds Park, Az; she loves teaching, working with kids, and exploring new ways to dance. She graduated from Tucson High Magnet School in 2022 with honors and received the Fine Arts Seal of Proficiency, as well as the Magnet Endorsement in dance. She will be attending the NAU honors college and majoring in Philosophy, Politics, and Law with a minor in Psychology. 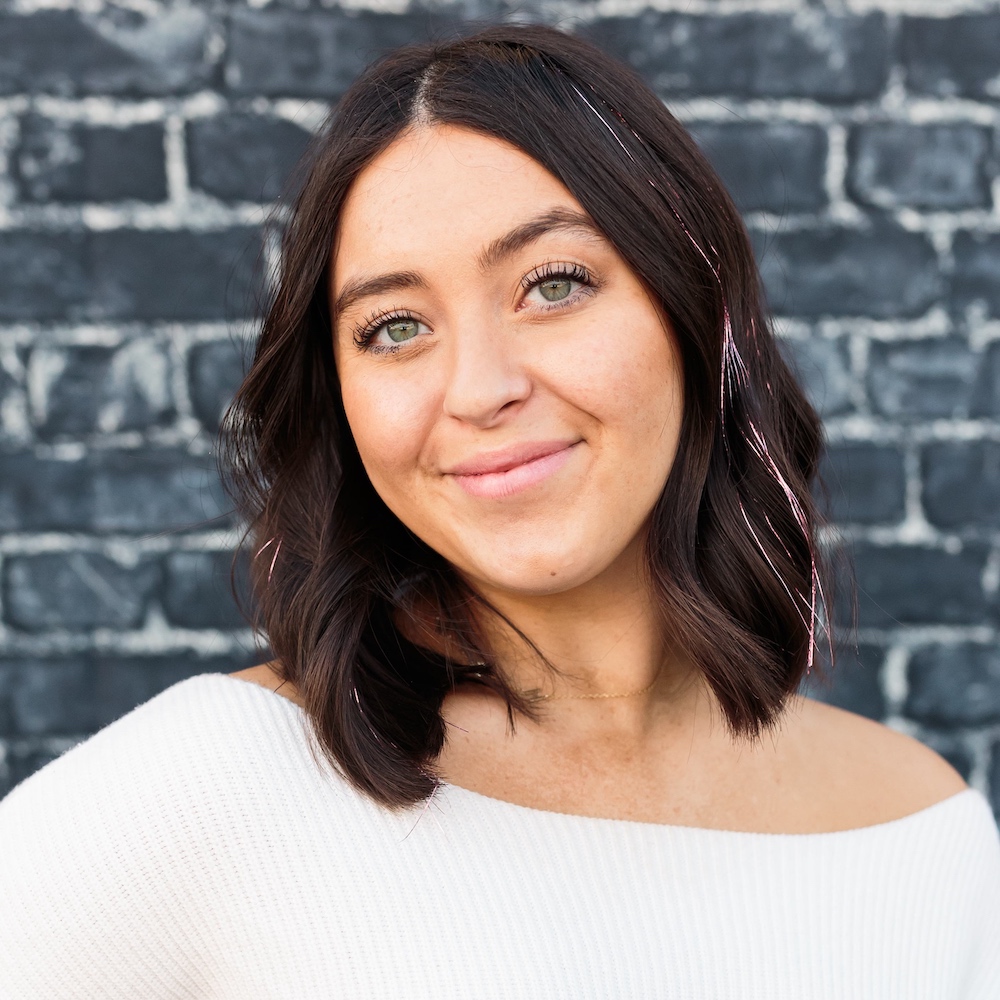 Montana was born and raised in Southern California, but has lived in Highlands Ranch, Colorado for the past 7 years. Tana started her dance career at the age of 3 and started competing at age 6. Tana is trained in Ballet, Jazz, Hip Hop, Contemporary, Lyrical, Tap, Ballroom, Pom, and Game Day.

Montana danced at Arizona Edge where she was a member of the competition team, where she danced under Jessica Rector.  Tana then went on to dancing on her high school Poms team at ThunderRidge High School. While at TRHS they  placed Top 3 and Top 10 in the nation at UDA Nationals in Florida. She graduated high school in 2020.

Montana is currently attending Northern Arizona University where she is starting her junior year and pursing a degree in Communication Studies. She is a 3rd year member of the NAU Dance Team. This past year, her and her team won 1st place at USA Nationals in the D1 4-year Hip Hop category. Tana is so excited to start teaching, as a young  dance student she always looked up to her dance teachers and hopes to be a role model for these girls some day! 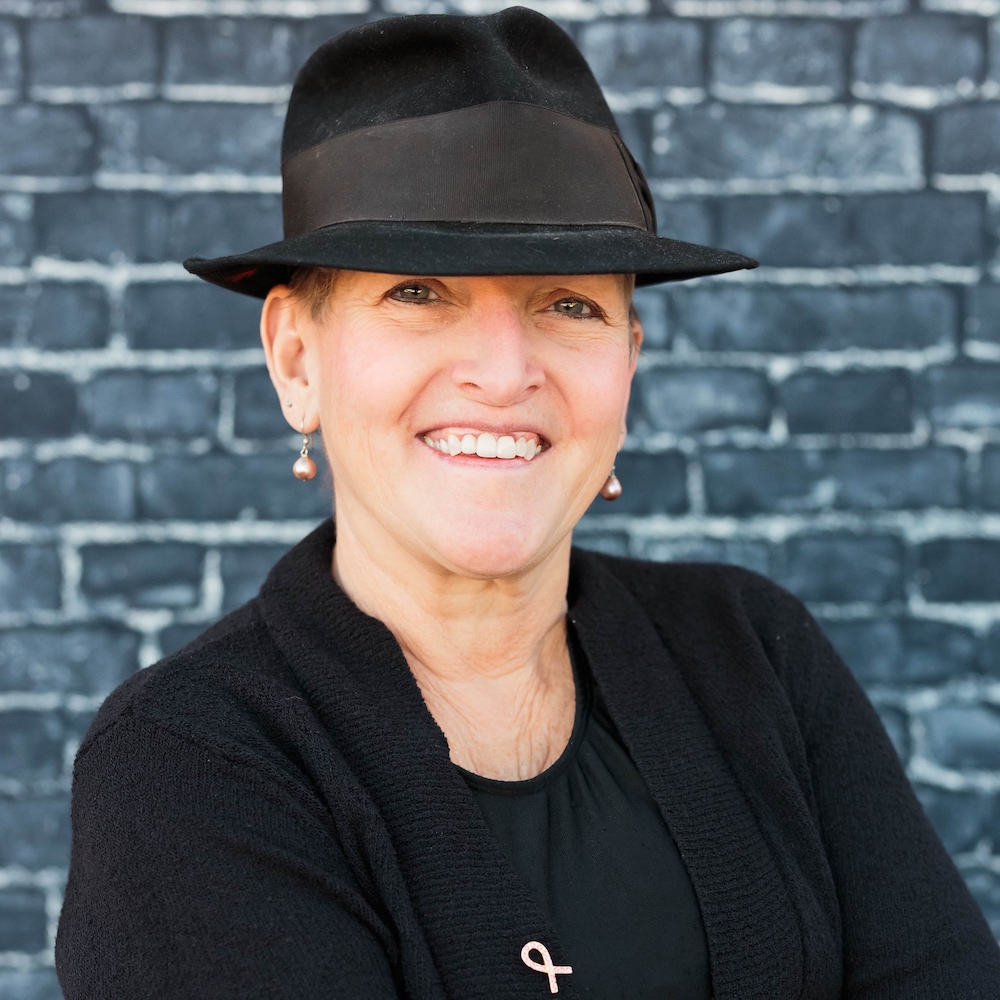 While at cheer camp her senior year, Rhonda was selected to instruct for Universal Cheerleaders Association, from Memphis, Tennessee. She was also chosen to dance for the Memphis State Pom Pon Squad. After graduating from M.S.U., Rhonda choreographed for college cheer teams at Louisiana State University, the University of South Carolina, Auburn University and North Carolina State University. It was at NC State, where Rhonda created the “Wolf Wall” pyramid. Rhonda was also the choreographer for the Memphis Showboat cheerleaders, the Dreamboats, for the United State Football League.

In 1986, she had choreographed two national champions, NC State and Bartlett High School. In 1988, she again coached two national champions at Bartlett High School and Colonial Jr. High School. Rhonda taught dance and gymnastics at Colonial Jr. High from 1985 to 1988. In 1988, she was asked to be the Coordinator of Spirit Activities for Memphis State University. She coached their until 1992. In 1994, Rhonda was the choreographer for the Memphis Pharaohs dance team, the Nilettes, in the Arena Football League.

In the summer of 1995, Rhonda’s family moved to Flagstaff, AZ. She was the dance coach for Firebirds Gymnastics for two years. In 1997, Rhonda began teaching at Arizona Dance Conservatory for Kristina Hart. Rhonda choreographed for Flagstaff Light Opera Company’s production of “Fiddler on the Roof,” and “Joseph and the Amazing Technicolor Dream Coat.” When Magic Curtain Productions bought the dance studio, Rhonda eventually became the dance manager. Finally in August of 2003, the Harris Family built the studios here at All That Dance. 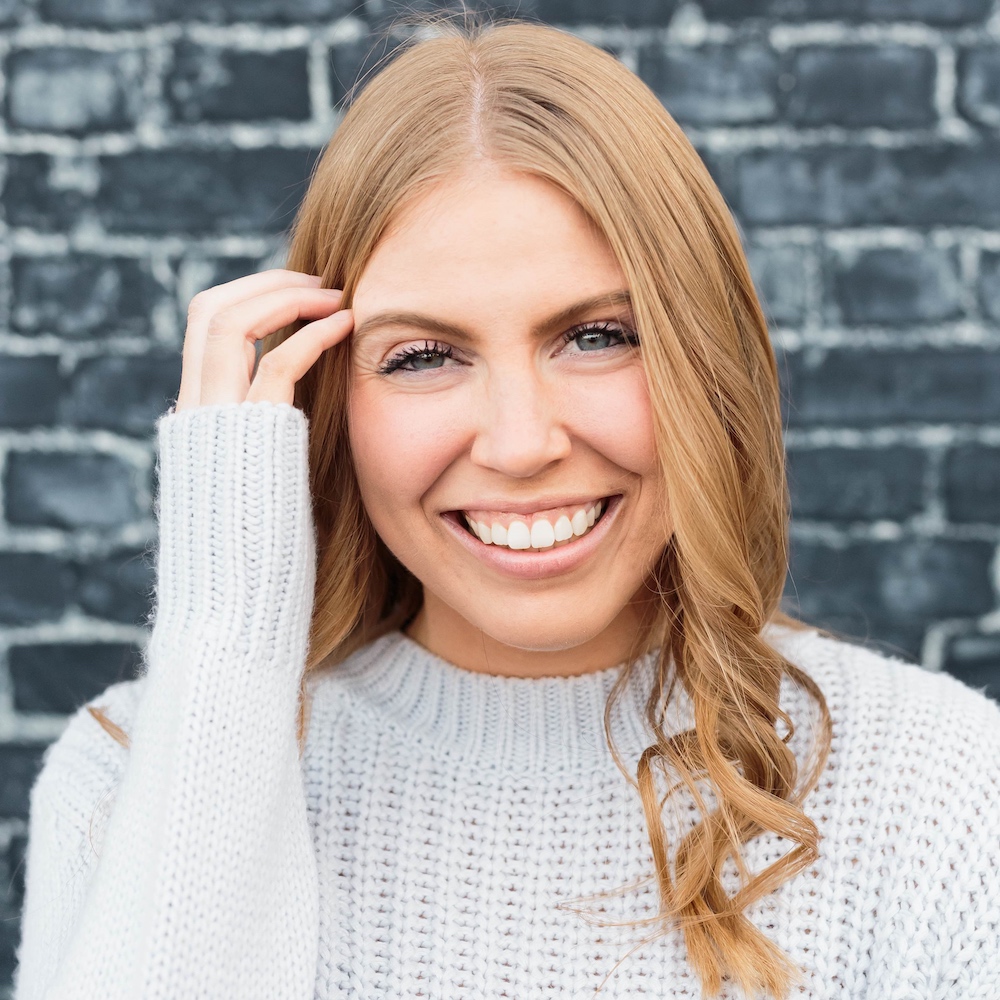 Caroline, born and raised in Tucson, has been dancing since she was 3 years old. She started recreational dancing at Centre Stage Dance Studio. Her focus in her early years included multiple different sports and activities but her love for dance has always been among her favorites. When she was 10 she began dancing at Tucson Dance Academy where she continued her training in Ballet, Jazz, Tap, Contemporary, and Acrobatics. This is where she began to grow more as a dancer, and became a part of the company’s annual Spirit of Christmas showcase. She attended Salpointe Catholic High School where she was active in the dance program all four years. Each year, as part of the program, she choreographed Lyrical, Jazz, and Jazz Funk numbers for the school’s annual winter and spring showcases. She has received awards including Best Dancer in Musical her senior year and Outstanding Sophomore in the Fine Arts Department. As a college student at NAU, she became a member of the NAU Badjacks Club Dance Team. She is majoring in Elementary Education, and she plans to pursue a career in teaching so she can continue to share her love of learning and working with children. 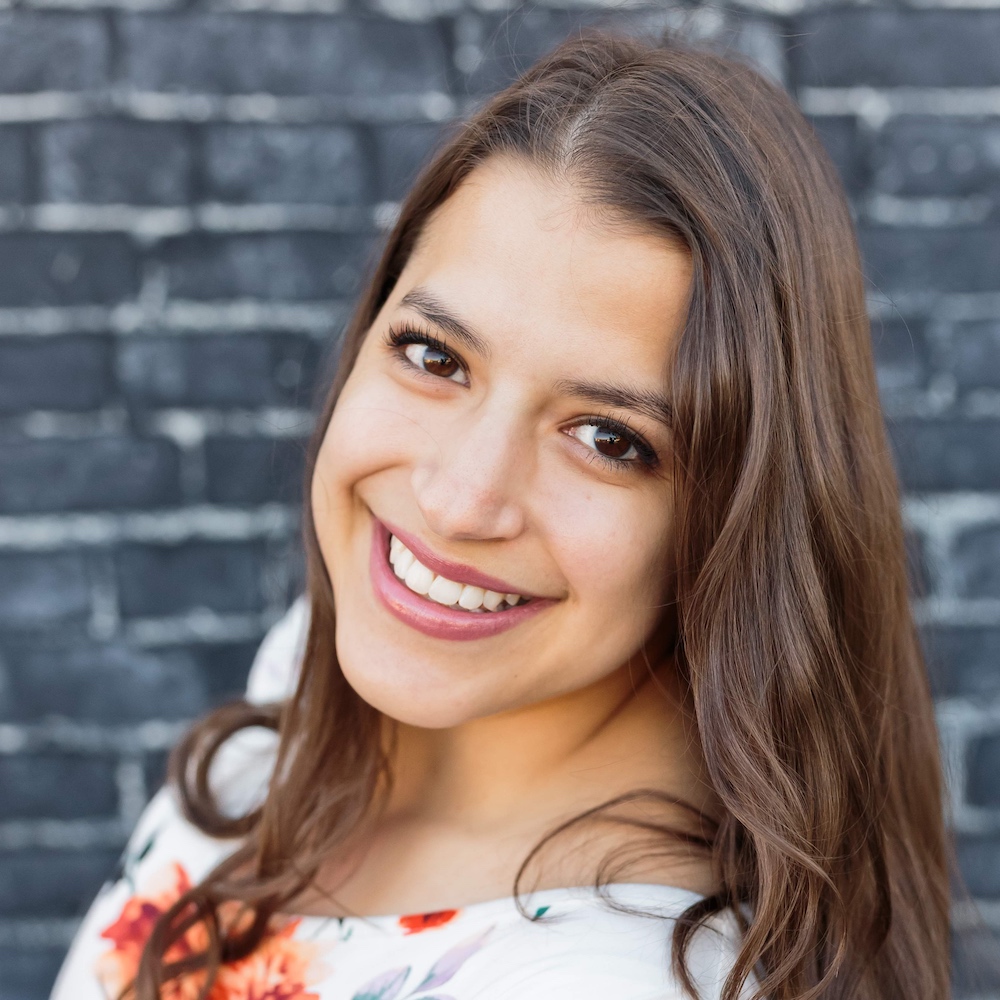 Abigail began her dance training at a young age in Tucson, AZ. She danced with Ballet Arts, the school of Ballet Tucson where she trained in classical ballet, pointe, modern, tap, jazz, contemporary, and choreography. In addition to attending summer intensives in Tucson, she attended Ballet Austin’s Summer Intensive for two years in a row. She has performed many roles such as Clara in The Nutcracker, the lead sylph in Les Sylphides, and Cupid in Paquita. Abigail graduated with her undergraduate degree in Exercise Science from Northern Arizona University in 2017, and is currently receiving her Master of Public Health with an emphasis in Nutrition to become a Registered Dietitian. She hopes to combine her knowledge of food with her love for dance by working with dancers to educate them on appropriate ways to fuel their bodies. She hopes to pass on her knowledge and experience within the world of dance to her students, while also encouraging them to create a loving relationship with their body that extends beyond the studio walls.

Bekah is a sophomore at NAU and is majoring in Special and Elementary Education. She grew up in Mesa, Arizona but is loving her time here in Flagstaff. She has done ballet since the age of 4 and started to enjoy all types of dance in high school. Bekah was on the dance company in high school and was able to be the Vice President of the company. In the later years of high school, Bekah started up a dance club called Christian Dance and was able to choreograph and teach many dances. She is so excited for the opportunity to be able to continue with her love of dance while sharing that love with children.

Tavi was born and raised in Flagstaff, Arizona. She has been dancing at the studio since she was 7 and joined company at the age of 10. Her favorite style of dance is jazz because it is upbeat and fun. She is currently attending NAU. She loves her ATD family and can’t wait to share her love of dance with everyone!

Kaylee grew up in Flagstaff and started dancing at the age of 10.  She danced at All That Dance for 8 years taking jazz and contemporary classes and dancing competitively on the senior hip hop team. She has attended many dance workshops like The Pulse and Monsters. She is a dance coach at Flagstaff High School and on the Badjacks Dance Club for NAU. She is currently taking classes at NAU for Social Work. She’s excited to continue her journey at All That Dance and to share her passion of dance with her students! 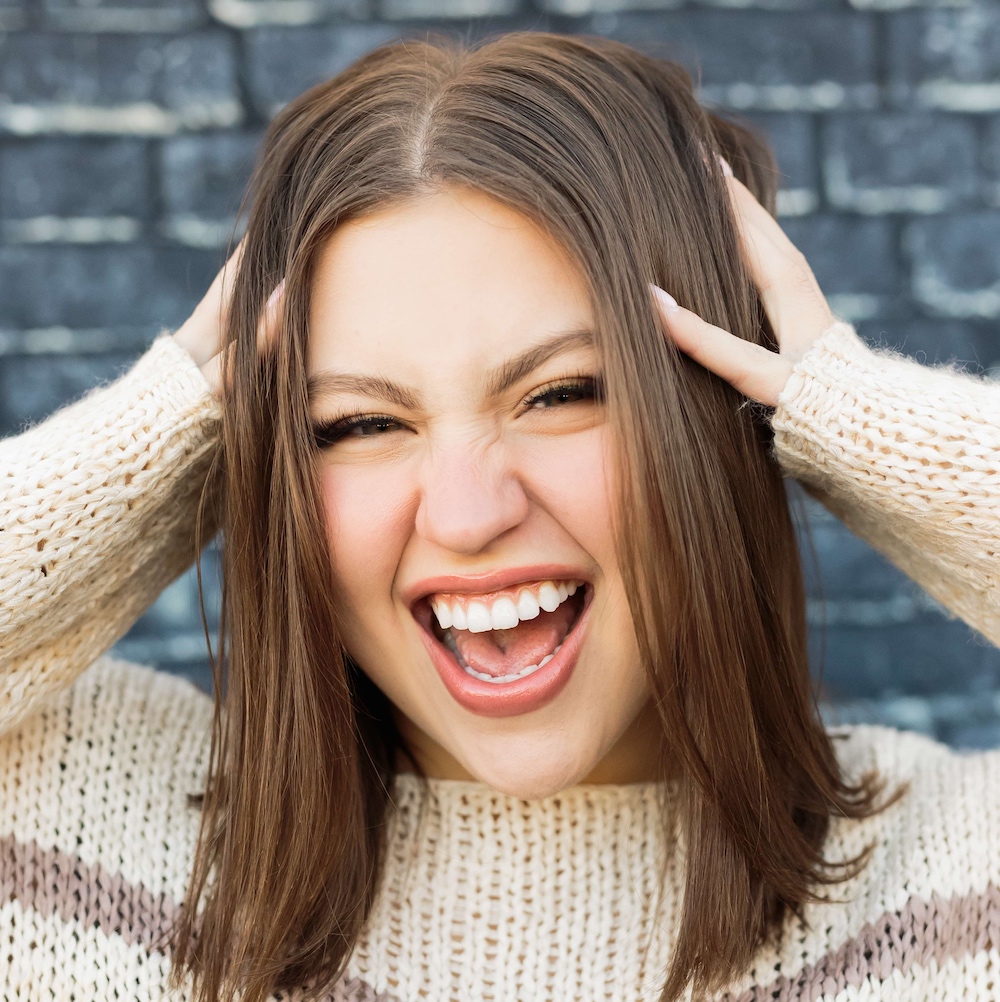 Gabbie grew up in Peoria, AZ. She started dancing at the age of 3 and she started competing at the age of 5. She joined All That Dance’s hip hop and company team when she moved to Flagstaff 8 years ago. She has also been on ATD’s tap troupe. Gabbie is experienced in all styles of dance but her favorite styles are Jazz and Musical Theater. She did the choreography for a few different musicals for Flagstaff High School’s theater program. She will be attending CCC this fall and studying nursing. Gabbie can’t wait to share her love of dance with her students!